City folks abandon creature comforts to try roughing it with their more self-sufficient significant others in the new unscripted series “Love Off the Grid.” Anytime, Discovery+

“United Shades of America” host W. Kamau Bell charts the rise and fall of comedian and sitcom star Bill Cosby in the new four-part docuseries “We Need to Talk About Cosby.” 10 p.m. Showtime

The disappearances of migrants crossing the U.S.-Mexico border in rural south Texas are probed in the 2020 documentary “Missing in Brooks County” on a new “Independent Lens.” 10 p.m. KOCE

You’re never too old to adopt — or to be adopted, apparently — in the new reality series “Adults Adopting Adults.” 10 p.m. A&E

The fact-based 2021 drama “My Best Friend Anne Frank” revisits the story of the young Jewish girl who, along with her family, hid from the Nazis in an Amsterdam attic during WWII only to be murdered in a concentration camp in 1945. Anytime, Netflix

A pint-sized superhero’s best friend is his mother in a second season of the sci-fi drama “Raising Dion.” With Alisha Wainwright. Anytime, Netflix

“Saved by the Bell’s” Mario Lopez and “SNL’s” Melissa Villaseñor explore their Mexican American heritage in a new installment of “Finding Your Roots With Henry Louis Gates Jr.” 8 p.m. KOCE

Fuggedaboutit! The reality-TV franchise entry “The Real Housewives of New Jersey” is back for a 12th season. 8 p.m. Bravo

The new special “Terry Bradshaw: Going Deep” catches the NFL Hall of Famer taking the stage in Branson, Mo., to talk candidly about his life and career. 9 p.m. HBO

Transgender teen Jazz Jennings is Harvard-bound on the Season 7 finale of the reality series “I Am Jazz.” 9 p.m. TLC

Paranormal investigators, perhaps too cheap to buy tickets to Transylvania, search for “Vampires in America” instead in this new unscripted series. 10 p.m. Travel Channel 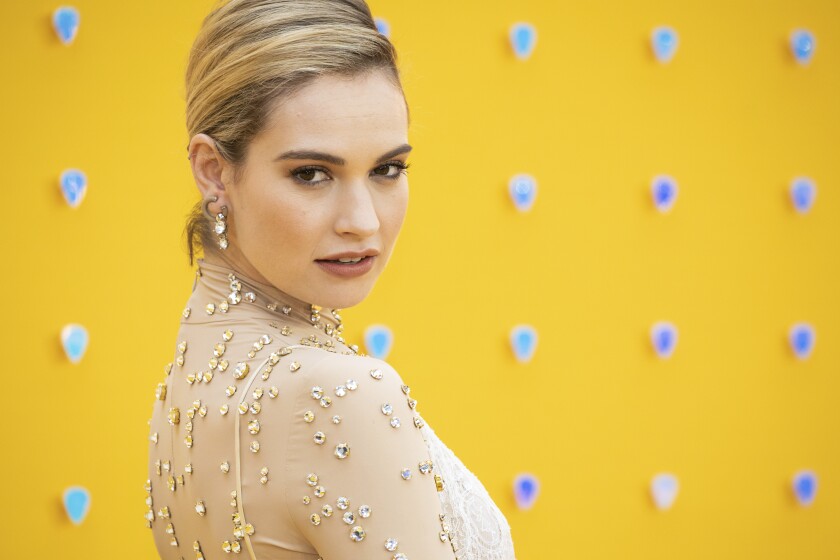 Lily James, who plays ‘Baywatch’ star Pamela Anderson in Hulu’s ‘Pam & Tommy,’ reached out to Anderson in an effort ‘to play Pamela authentically.’ No dice.

A cruel con artist leaves a trail of broken hearts and busted bank accounts in his wake in the 2020 true-crime documentary “The Tinder Swindler.” Anytime, Netflix

“Nova” treks to Siberia to investigate a potential environmental disaster in the making in the season-premiere episode “Arctic Sinkholes.” 9 p.m. KOCE

Our favorite foul-mouthed fifth graders are back in a 25th season of the irreverent animated sitcom “South Park.” 10 p.m. Comedy Central

And just like that, the “Sex and the City” sequel “And Just Like That …” ends its first season. With Sarah Jessica Parker, Cynthia Nixon and Kristin Davis. Anytime, HBO Max

“Kid Cosmic” suits up for a third season of this kid-friendly animated comedy from the creator of “Powerpuff Girls.” Anytime, Netflix

Return with us now to Kepler-22b for a second season of filmmaker Ridley Scott’s fable-like sci-fi drama “Raised by Wolves.” With Amanda Collin and Abubakar Salim. Anytime, HBO Max

A boy’s best friend is the monster he meets in the deep, dark woods in Jeremiah Kipp’s 2021 terror tale “Slapface.” With August Maduro and Dan Hedaya. Anytime, Shudder

Tessa Thompson, Halle Berry and Regina Hall are among the Black actresses profiled in “Screen Queens Rising” on a new “Soul of a Nation.” 8 p.m. ABC

The true-crime series “After the First 48” returns with new episodes. 9 p.m. A&E

A troubled teen seems destined to follow in the footsteps of his pool-hustler father in Tom Wright’s 2020 drama “Walkaway Joe.” With David Strathairn and “The Walking Dead’s” Jeffrey Dean Morgan. 9 p.m. Starz 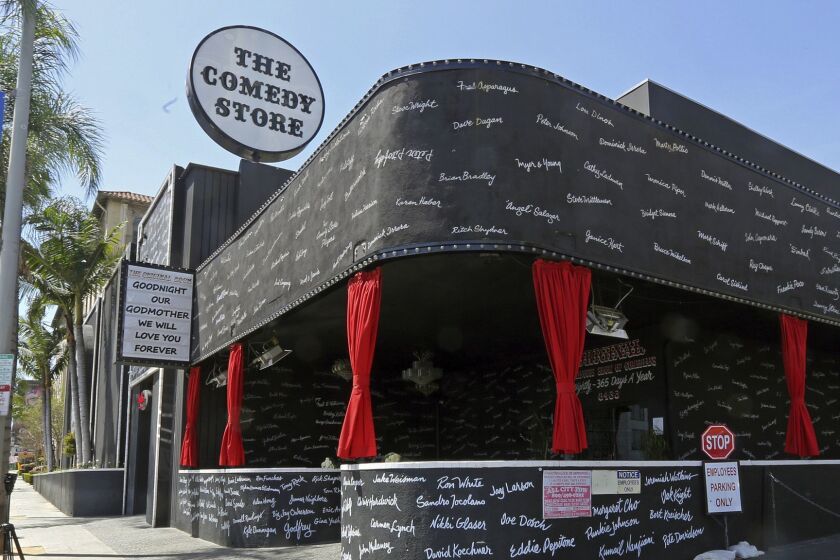 ‘Cancel Culture’ has some L.A. comedians spooked. Others, not so much

The Comedy Store’s “Potluck” open-mic night has a few ground rules: Buy two drinks, no heckling and absolutely no digital recording of any kind.

Have torch, will travel: The “2022 Winter Olympics” officially get underway with the opening ceremonies at National Stadium in Beijing. Savannah Guthrie and Mike Tirico co-host the festivities. 5 p.m. NBC

Some of those howls you hear are laughter while some are something more lycanthropic in Josh Ruben’s snappy 2021 horror comedy “Werewolves Within.” With “Veep’s” Sam Richardson and “Other Space’s” Milana Vayntrub. 9 p.m. Showtime TV highlights for Jan. 30-Feb. 5 include Hulu’s “Pam & Tommy,” the Winter Olympics, the L.A. Rams in the NFC Championship and a salute to Betty White 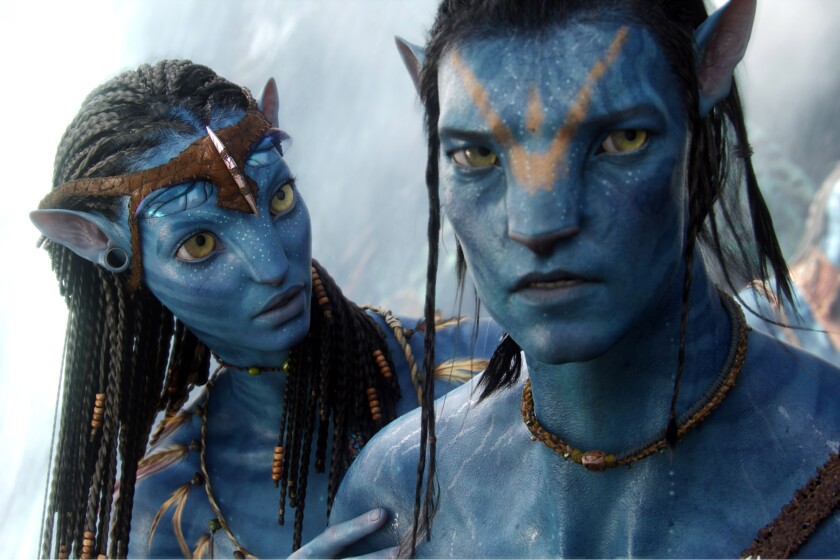 Movies on TV this week: ‘Avatar’ on IFC; ‘Patton’ on Encore; ’Goodbye, Mr. Chips’ on TCM

Movies on TV the week of Jan. 30 – Feb. 5 in interactive PDF format

Movies on TV for the entire week, Jan. 30 – Feb. 5 in interactive PDF format for easy downloading and printing

TV Grids for the entire week of Jan. 30 – Feb. 5 in downloadable and printable PDF files 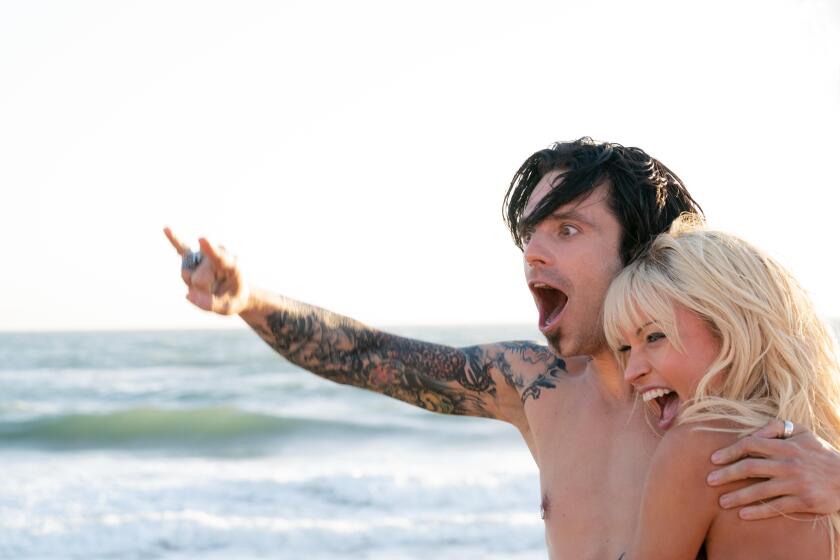 Looking for what to watch on TV? Here are the television listings from the Los Angeles Times in printable PDF files.

Sondheimer: Jack Fairchild and Tyler Hampton show how to be three-sport standouts

Review: A mother and daughter navigate COVID-19 and a…