Marvel star Evangeline Lilly revealed Thursday that she marched in the nation’s capital last weekend to support “bodily sovereignty” and being pro-choice during a protest against COVID-19 vaccine mandates.

“I was in DC this weekend to support bodily sovereignty while Canadian truckers were rallying for their cross-country, peaceful convoy in support of the same thing,” the “Ant-Man and the Wasp” star wrote to her 2.2 million followers on Instagram.

“I believe nobody should ever be forced to inject their body with anything, against their will…under any threat whatsoever,” Lilly continued, citing specific threats of “violent attack, arrest or detention without trial, loss of employment, homelessness, starvation, loss of education, alienation from loved ones, excommunication from society.”

“This is not the way. This is not safe. This is not healthy. This is not love. I understand the world is in fear, but I don’t believe that answering fear with force will fix our problems,” she wrote, adding, “I was pro choice before COVID and I am still pro choice today.”

The post garnered more than 77,000 likes by Friday and the comments that appeared on it were overwhelmingly positive. However, some detractors took to her older posts to push back.

‘What If…?’ is the MCU’s first big misstep. Why the series should have fans worried

The thuddingly unimaginative Disney+ series wastes its unlimited canvas — and inadvertently reveals what a train wreck the MCU’s Multiverse could be.

“The Hobbit” and “Lost” alum was among the thousands of people who demonstrated during Sunday’s rally against vaccine requirements in Washington, D.C., marching from the Washington Monument to the Lincoln Memorial while protesting nationwide vaccine mandates aimed at stemming the coronavirus pandemic.

It was the same rally where attorney Robert F. Kennedy Jr. invoked Anne Frank-era Nazi Germany in a speech that prompted a condemnation from his wife, “Curb Your Enthusiasm” star Cheryl Hines, who described his remarks as “reprehensible and insensitive.”

Earlier this week, the Biden administration officially withdrew a rule that would have required workers at companies with 100 or more employees to get vaccinated or face regular COVID-19 testing requirements. Numerous states and business groups challenged the rule in court, and on Jan. 13 the Supreme Court halted the plan in a 6-3 ruling.

The 42-year-old Canadian star has spoken out against COVID-19 issues before. In March 2020, after offending fans for taking her kids to a camp when the pandemic started, she apologized on Instagram for saying, “Some people value their lives over freedom, some people value freedom over their lives.” She added that despite her “intense trepidation over the socioeconomic and political repercussions,” she assured her followers that she was doing her part to flatten the curve, practicing social distancing and staying home with her family.

Lilly’s Instagram post, which included several images and signs from the protest, sent mixed signals: It’s unclear if she’s vaccinated or whether she was required to be in order to work. Representatives for the actor and for Disney did not immediately respond Friday to The Times’ requests for comment. 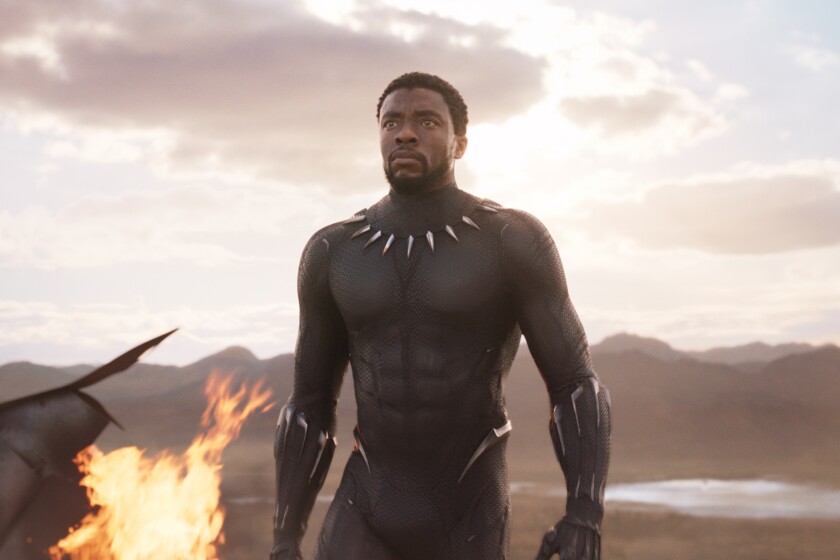 She isn’t the first “Avengers: Endgame” actor to attract attention for her COVID-19 stance. “Black Panther” star Letitia Wright came under fire and deleted some of her social media accounts in December 2020 after posting a video questioning the legitimacy of the vaccines, expressing skepticism about climate change and making transphobic comments. Then in October 2021, Wright called “completely untrue” a Hollywood Reporter story saying she had espoused COVID-19 misinformation on the set of the Marvel sequel “Black Panther: Wakanda Forever.”

Wright, 28, has since returned to the Atlanta set of the film to resume shooting, THR reported earlier this month.

Lilly is set to reprise her role in the Marvel franchise as Hope Van Dyne, the Wasp heroine of “Ant-Man and the Wasp: Quantumania.” The film is in postproduction and set for release in July 2023, according to IMDb.